The ancient private notes written by the only Roman Emperor who was also a philosopher, are a profound read for anyone also grappling with large, existential questions. Marcus Aureliu’s words of self encouragement as he tried to make sense of himself and his place in the world are a remarkable testament of the insatiable thirst of for order and knowledge ingrained in the human condition.

My key Takeaways from “Meditations" by Marcus Aurelius 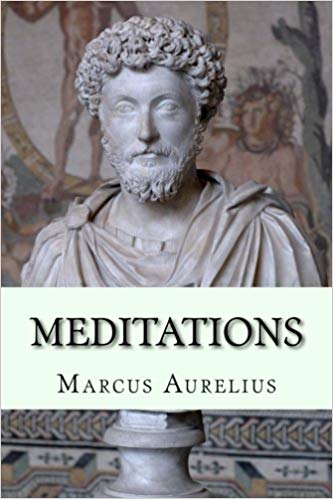 Takeaway #1 Everything Happens For a Reason

The ancient Roman word 'logos' can be roughly translated as meaning 'reason'. The ancient Roman Emperor Marcus Aurelius believed that Reason/Logos was the essence of life, the underlying master plan for everyone and everything. With a master plan in place, it means that everything happens for a reason, that when bad things happen and challenges arise you're always on exactly the path you're meant to be on.

Aurelius valued reason and having a logical perception of the world, he thought that a calm and analytical mind was better than a mind ruled by feelings and desires. Since logos focuses on order with everything happening for a good reason, even the bad things, it shows us that how we see an event in our life is based on our perception.

Unfortunately, because of our emotions, we lose sight of the logic and bring drama and upset into life rather than acceptance and trust. When it comes down to it, all of the pain that you have felt you have inflicted on yourself – you have allowed yourself to feel that way. You can't always avoid pain, such as when someone you love dies, but you can choose to accept it, know that everything happens for a reason, and move on rather than wallowing in your pain and thinking about all the 'what ifs'.

Takeaway #3 Death Should Not Be Feared

In Ancient Rome death was even more prevalent than it is now with low life expectancy and a very high infant mortality rate. Aurelius believed that a body begins dying as soon as it is born and that when a person dies it's all part of logos. Reincarnation was a concept he believed in saying that a person's energy got recycled after death to form new life in a continuous cycle.

Death comes only when it is needed, it's all part of the greater plan and the inevitable should not be feared, however, life should not be wasted since you don't know if you'll die young or old. Always be the best you can, be productive and make the most of every minute you have on earth. Don't allow yourself to get annoyed, don't complain, and don't begrudge your responsibilities.