Can you imagine someone you know—a person with a family, friends, a life touching many others—suddenly disappearing?

It would be hard to let go, hard to ignore the cold reality. This human tragedy happens every day in our world, but unless it hits close to home, it’s not something we think about, much less act on.

When Ben Randall’s friend, M, (To protect her identity we’ll call her “M”) was taken from her village in Vietnam, he dropped everything to do what he could to help, to search for his missing friend and to share what he uncovered along the way—the widespread horrors of human trafficking. 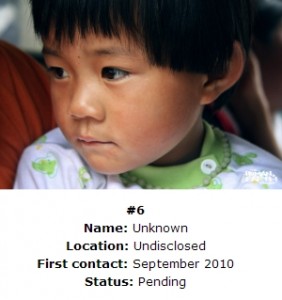 As Ben searched for more information on what had happened to M, he realized she was not alone. One report suggests there are as many as 30 million victims of human trafficking right now, with the majority of them in Asia and the Pacific. A third of these victims are said to be children and most victims of human trafficking will have experienced physical or sexual violence since being kidnapped.

Ben started the 'Human, Earth Project' to support his crusade, including an upcoming documentary film project, as part of a global campaign to stop the human trade.

You can help! Find out more about Ben's project in my interview with this devoted artist, traveller, and advocate.

1. Hey Ben, Can you tell us a bit about yourself? What first brought you to Asia? What did you plan for your travels and what did you not plan for?

Hi Tal! I was born and raised in Australia, but have spent eight of the past ten years living and travelling around the world. Asia is the nearest exotic place to home - my brother and I had been planning a trip there for more than a year before we finally quit our jobs and bought our one-way tickets in late 2008. We kept our plans flexible, and ultimately I stayed in Asia for more than three years. One of the many things I'd never planned for was living in Vietnam in 2010 - one of the most beautiful experiences of my life, and one that has dramatically altered the course of my life, following my friend M's abduction.

2. You were very far from the Hmong community when your friend went missing. Why did you have to return to help? How can you explain this incredibly strong human connection?

When M was first taken, I did nothing, because I felt there was nothing I could do. The problem seemed too large, too remote - and here's a tragedy even larger than human trafficking: that people around the world refuse to confront the real issues of our time because they don't recognise just how much power they have to effect change. We all see things we'd like the change in the world and - too often - we turn away. I'd never had a friend abducted before, but it was a full year before I saw the problem as mine, and started searching for solutions rather than just letting it weigh on my conscience. I was tired of making excuses, of following the path of least resistance, and of tolerating evil just because it's the easiest thing to do.

3. You describe taking action for your friend as making the choice to “do the right thing.” Was it really that simple? How did you know what to do?

The decision to take action was almost unconscious. One minute I was thinking about M's abduction, and the next I knew I was going back to find her. I simply wasn't willing to ignore the problem any longer, and pretend it had nothing to do with me. 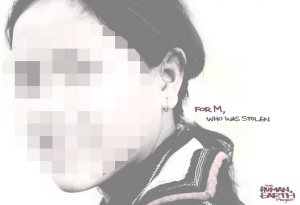 That particular moment followed the long, strange summer of 2012 when I'd been exposed to a lot of new ideas and experiences, and my perspective on life had shifted dramatically - but that's another story. Once the decision was made, the real challenge was finding a way to make it happen. At the time I was on the other side of the world, almost broke, and knew nothing about human trafficking.

Luckily, I can be a very stubborn person once I've made up my mind to do something. And so 'The Human, Earth Project' was born.

4. When did you start developing the idea for the documentary? Does your earlier work as a photographer inform your approach to this project? What can you bring as a filmmaker to the global cause of human rights?

I came to photography through film - I'd studied Film Production in Australia, where I'd spent three years working as an editor and cameraman. From the beginning of 'The Human, Earth Project', I knew how powerful a documentary on my search for M could be - again, it was simply a matter of finding the resources to make it a reality. I worked day and night over the summer of 2013 - up to 100 hours a week - to get the money together. It still wasn't enough, but it was enough to get started. This is no ordinary film shoot, and finding the right cameraman was crucial. I trusted my gut and took a gamble on Moreno, an Italian photographer I'd met only in passing. He's been great - he's smart and fearless, with experience shooting in Asia and a background in researching human trafficking. A well-researched, beautifully shot film can be an incredibly powerful way to deliver an important message to a global audience, which is precisely what we aim to do.

5. What have you learned from working with other organizations? In your experience, what does it take to coordinate efforts around the world?

One of the most rewarding aspects of 'The Human, Earth Project' is having the opportunity to meet so many humble heroes who are fighting human trafficking at ground level, and hearing their stories. Those I admire most are not the ones looking at the issue from a global perspective, but those who are digging in and getting their hands dirty.

I've learned a lot from the experts, which I'll be sharing with a wider audience via our documentary, but I can tell you the most important thing right now. Human trafficking is monstrous, it's growing rapidly, and it penetrates each of our lives more deeply than many will ever realise - but the fight against it is not in vain, and battles are being won. Awareness is absolutely crucial.

6. As you’ve expanded the scope of your project, from getting word out about your friend to taking on an international trafficking network, how have you adapted your media strategies?

Publicising 'The Human, Earth Project' has been far from simple. On one hand, we want to raise as much awareness as possible for the issue of human trafficking, and M has become something of a poster child for our campaign. On the other hand, Moreno and I are currently in northern Vietnam where large, powerful and highly active human trafficking networks exist. There's a very real personal risk in telling people what we're doing, and we need to conduct our investigations with extreme caution. It's a delicate balancing act - broadcasting certain aspects of the Project, while keeping extremely secretive about others for the sake of personal safety.

7. Your project is funded by people who have never personally experienced the atrocities of human trafficking. How do you tell the larger story in your crowdfunding campaign? How do you try to show the impact of crimes against humanity—that they touch us all?

The number of human trafficking victims around the world is somewhere in the tens of millions.

It's like looking up at the stars - the sheer quantity is paralysing. By beginning with M's story, we can put a human face on trafficking - only then will people begin to understand the true impact of human trafficking, and the personal realities behind the statistics. And only then can we begin to explore the broader theme, and how it affects us all.

8. What are other organizations doing to fight the crimes of the human trade industry? Are there limits to what the ‘Human, Earth Project’ can do?

There are four key components to the fight against human trafficking: prevention, rescue of victims, aftercare of victims, and prosecution of traffickers. We've met with numerous organisations here in Southeast Asia that work in each of these areas, and some that work across the entire spectrum. Of course, with effective prevention, the other steps cease to exist. It's been fascinating to witness the development of 'The Human, Earth Project' - it's grown incredibly over the past ten months, and inspired people all over the world to stand up and take action. If there are limits to what we can achieve, we haven't found them yet.

9. What does the ‘Human, Earth Project’ say about the role of the online community in the struggle for human rights?

The world is only just beginning to realise the incredible power that comes with connectivity - through the sharing of information, stories, images, contacts and resources. By sidestepping mainstream media channels, we sidestep the attendant consumerism and fear-mongering, and as a global community we can begin to discuss the issues that really matter in this world. At the top of the agenda is an end to oppression in all its forms - racism, sexism, homophobia, religious discrimination and all other crimes against humanity. 'The Human, Earth Project' is testament to the fact that people around the world share common ideals, and are willing to fight for what they believe in.

Eight weeks ago in Thailand, Moreno and I met a wonderfully talented group of people from around the world who were inspired by 'The Human, Earth Project', and wanted to do all they could to see us succeed. Those people have since dedicated an incredible amount of time and energy to the construction of a crowdfunding campaign, so Moreno and I can raise the funds to complete our search and documentary. The campaign launches on Tuesday 28th January - and if you've ever wondered what you can do to stop human trafficking, here's your answer. If you can't contribute financially, you can still help by telling your family and friends what we're doing: www.humanearth.net/thankyou

Ben needs your help in order to have any chance of bringing M home and exposing this horrible industry. A small donation will go a long way to assist in producing the documentary. In return you get some of Ben’s beautiful photographs or maybe even a credit in the film. You can find more information on the crowdfunding page below.

Make sure you share this story on your favorite social media sites and help the Human, Earth Project to change one life at a time!