India was always on my short list of traveling, so I was pretty happy to be sent on a business trip in Delhi for the first time. I had always imagined India as a relaxed and spiritual place, maybe because of the vast amount of literature and spiritual leaders produced by the ancient country.

My first encounter with India’s capital was far from what I had expected. New Delhi has a chaotic mix of bicycles, scooters, buses, cars, and rickshaws jostling with each other in some kind of a weird race. India’s drivers have never heard of consideration for fellow drivers or pedestrians who cross the street. They have never heard about lanes either. Everyone is in one big race. I’m sure that neither of the two bus drivers who tried to literally kill us would have pleaded guilty if their plan had succeeded!

Another thing you notice after leaving the airport is the thick fog. You later realize this thick fog of pollution surrounds the city each and every day. If you’re not usually a fan of big industrialized cities, then be prepared for noise and pollution on a whole new level. A constant sound of car horns resonates across the city. Apparently none of the drivers use their signals, so everyone beeps to indicate that they are about to pass. To add further support, most of the trucks and buses have a sign on the back: “Please horn.” Madness. : )

India is not for the faint of heart, either. Poverty is simply everywhere. People are fighting to make a living, trying to sell whatever they can, so they literally follow you anywhere you go. In many side corners, you see mountains of rubbish with a strong smell of urine. Perhaps the most disturbing sight is the children with torn clothes and dirty faces who walk between cars, begging for food. My heart truly went out to some of the poor kids I saw on the streets. The locals seem not to notice it at all, so I guess they’ve just gotten used to it. How can they…?

Obviously, this is only a first impression and one side of the coin; it definitely takes a few days to adjust and when you do, India can be an epic adventure. We were graciously hosted by 2 large Indian companies who took care of us like an Indian mom would. Our hosts were extremely nurturing and provided us with a dedicated driver. My CEO had told them that I was a competitive athlete, so they ordered us food every hour or so. : ) 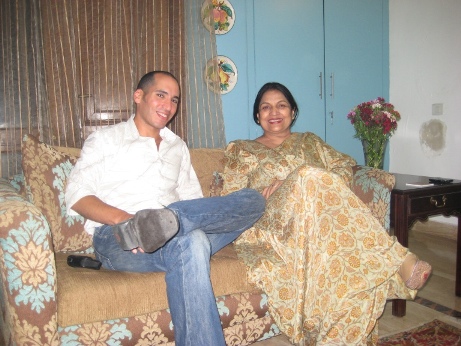 Although I could have used our driver to get to the Taj Mahal, which is 3 hours south of Delhi, I preferred to experience India’s train system before leaving. Train stations are no different from street corners; you can’t avoid the poverty and the general hygiene condition is pretty low. The trains are much better in this regard, but they never run on time. An 8:30pm departure became 11:00pm and a 2-hour trip took 6 hours. The same thing had happened when I took a flight to northern Indian a few days before, so I have to assume that lateness is a common practice while commuting in India. One great thing about travelling in trains, compared to cars, is the possibility of meeting new people, especially when you travel alone. In a one-day trip to Agra, I met more people than in a month’s time in Melbourne. 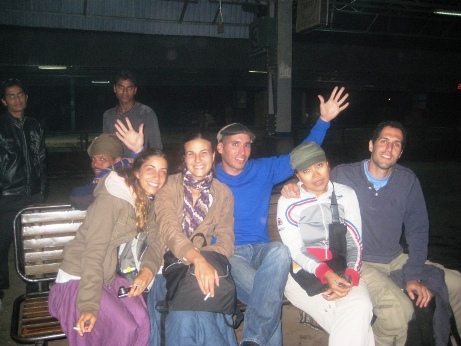 I spent most of the day in Agra with an English guy, traveling between historical sites, joking with locals, riding a rickshaw, tasting great food, and experiencing crazy India as much as I could. The Taj Mahal is truly a spectacular building. Even though it was built in the 17th century, this white marble monument to love is still in immaculate condition. A must-see. 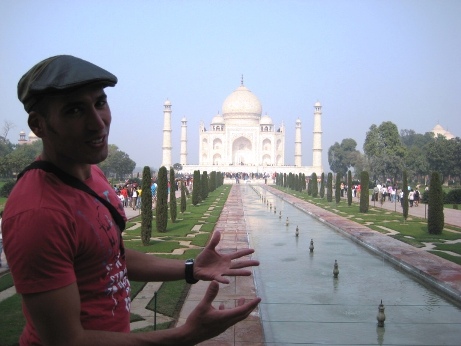 One last note about traveling: India seems to be a safe place, but it can be dangerous at times, especially at night time, and especially for women who travel alone. In my night train back to Delhi, I met 2 young Argentinean girls who had just arrived, so they asked me to join them. We had some scary moments with dodgy taxi drivers, but luckily it all ended well. Just another reminder that traveling solo in some areas isn’t without danger.