Are there things you want to do but feel you’re too old? It’s never too late to start living without regrets!

This was Jeannie Mark’s mid-life epiphany. She had attained all the benchmarks of adulthood — a college degree, a long-term relationship, a career commitment, financial security — but these investments did not add up to happy and fulfilling life.

To rediscover her passions and purpose, Jeannie had to pursue experiences on her own terms. Leaving the baggage of her conventional journey behind, including the limiting beliefs about age and adventure, Jeannie began her story as “Nomadic Chick”, roaming the world and sharing her discoveries through her writing and mentorship.

There’s nothing you can’t do when you live by your own rules. Check out my interview with Nomadic Chick for living proof!

1. What have you learned about yourself by looking back on your early adult decisions?

It’s too easy to say I’d alter every choice I made in my younger years. But if there is one thing I learned was that travel should have been introduced much earlier, post-secondary education much later. I had no idea who I was at age 18 and would have liked time to find out. At the same time, I also learned how resilient I was for taking on so much and dealing with it fairly well, considering the many wacky circumstances of my life!

2. How did you move from a state of disappointment and regret into an active, life-changing stance? 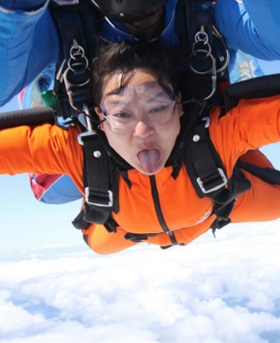 Instantaneously, of course! Ha, joking aside, these transitions never happen overnight. Sounds like a middle age crisis tragedy but it sprung from realizing my mortality. The fallacy of youth is believing you have loads and loads of time, which is untrue.  Instead of miring in self-pity and inaction, I knew it was time to accept the choices I had made (negative or positive) in order to move forward with the goals I wanted to accomplish.

3. What did you have to overcome to make this transition – fears, material obstacles, beliefs about yourself? How did you move past these hurdles?

Fear and regret were looming factors in my psyche. I sharpened my focus and I began to make small, incremental changes by shaking up my daily routines, until I was able to focus on bigger changes. Many sacrifices took place in order to make my life of travel happen. Cutting my spending, moving into a cheaper apartment, selling items I hadn’t used for years. I knew if I kept my focus on one thing at a time, my fear of change diminished bit by bit. Concentrating on each moment also chased down regret. Which brings us to today. 🙂

4. Were there any opportunities that you missed when you were younger that you are pursuing now? 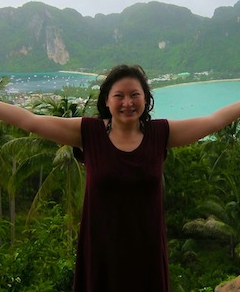 Definitely writing -- or freelance writing (creative writing being my favourite). I had an image of what it meant to be a successful writer, that I should have been published by the time I was 25 and if I hadn’t been, it was too late. I’m proof that writing can be pursued at any age. Obviously travel is also part of that. I operate on a “no regrets” policy these days and have been lucky enough to see and do too many amazing things to sum up here.

5. How did your family, friends, and coworkers respond to your mid-life awakening?

I admit it, I had a secret life for a long time. My blog was running for six months before I revealed it to family and coworkers. I did trust my alter ego with some friends, but even then, it was a small group. Once I finally fessed up, my family were worried about my future. They thought I was too old and would spend away my retirement. My coworkers were visibly shocked because for them, they saw me in a particular role, not realizing that I had talents in other areas. It was an odd turn -- the coworkers who I assumed would understand, didn’t. While the ones I thought would not forgive me, did.

6. From your first destination, India, to your current nomadic adventures, how much planning goes into your travels, and how do you support your journey financially? 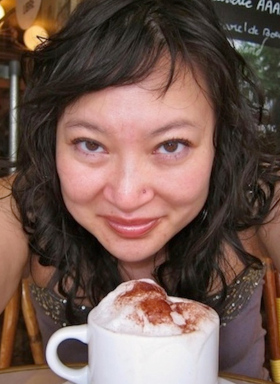 I try to think of two to three months in advance of where I might want to go. Sometimes my plans can depend on people I want to see or events I want to attend. I visited Brussels for the first time this summer because I was starting a tour of Europe and luckily a good friend is also living there -- you know, the two birds scenario. Financially, I started with a large sum of savings. This allowed me to become a daydreamer -- to picture what life I wanted to lead and how I could make that happen. Now I finance myself through earnings from my site and my entrepreneurial endeavours -- one being my writer’s retreat.

7. What could you never have discovered about yourself without the challenges of long-term travel?

Anti-fatalism. LOL. I use to be a fatalist and travel was essential in showing me that options always exist. There are creative ways to accomplish what you want. I wasn’t much of a rule keeper before and nowadays, I’m a rampant rule breaker. I’ve seen this time and again in other cultures. People don’t give up, if something has to be done, they figure out how to fix that tire, fashion a bed frame from bits and bobs of wood, or cook their food in a rejigged oil drum. I sound patronizing because some of the countries I’m referring to are considered third world, but I always view it as ingenious. They adapt, think around a problem or find a loophole and do it anyway. We come from a culture that sometimes has nonsensical rules, which are blindly followed and create a vacuum of defeat and resignation.  Whenever I coach young women, I try to banish the “too hard” principle. “It’s too hard to do this, because of X, Y, Z reasons.” Nothing you want is that hard, it’s a matter of rethinking how to accomplish it.

8. When did you start seeing yourself as a creative and spiritual mentor for other writers? What do you hope to accomplish through your upcoming retreat in Costa Rica, Creative Revolution 2015? 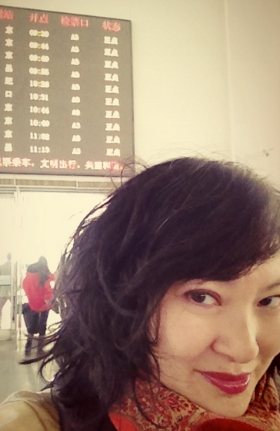 Quite by accident, but a happy one. I think people related to my story and to my writing style and I’d receive messages from other women asking how I broke into writing. It was also finally owning my gift instead of trying to make it bigger or splashier than it was. I’m great at bringing people together and offering what I know, along with what I add to writing to the writing realm. My business partner and I, Leigh Shulman, are both writers, but we are also female writers. This may sound rhetorical and who cares, but the challenges we both face as female writers is universal. Women are still taught to never take risks, to not trust themselves or assert themselves in a positive way. Our retreat is designed to give new female writers tools to be the writer they want to be.

I do, for sure. I’m the same person essentially! I still have my quirks, pluses and flaws, but what’s different is my capacity to understand myself better and be clear about my motivations. I hide less of who I am, which I did before with frightening ease. Travel gave me permission to be myself.

10. What have you had to learn about writing and entrepreneurship to sustain your nomadic lifestyle? And what are your goals for continued growth?

To understand the value of time versus money. Dollars earned from freelance writing is poured back into my brand or any entrepreneurial ideas that I want to run with. Having time gives me freedom to create those products. I made a hard choice over a year ago to commit fully to this lifestyle. This commitment means not returning to Canada and making that country my homebase. Living in economical countries like Thailand, China or Panama offers me immeasurable freedom, which is perfect for a dreamer like me. 🙂

Jeannie Mark gave up a thriving corporate career in 2010 and bought a one-way ticket to India, never looking back. Four years later, she’s still roaming the world, sharing her stories and insights on Nomadic Chick. She’s also the co-founder of Creative Revolution Retreats, a yearly retreat devoted to supporting women through writing and self-care, with their first retreat kicking off February 3-10, 2015 in Costa Rica. You can also find her on Facebook, Twitter or Instagram for daily updates.