It is human nature to create tribes, be they interest based, political, based on a shared set of values. Humans are a social species that thrives when organized together around a common desire. All tribes need a leader, to galvanize it’s members. Entrepreneurs, leaders or anyone wishing to have a strong positive impact in the world, needs a strong tribe behind them. “Tribes” explains the historical and psychological importance of tribes, as well as how to create a strong, unified tribe brought together through the power of the internet.

My key Takeaways from “Tribes" by Seth Godin 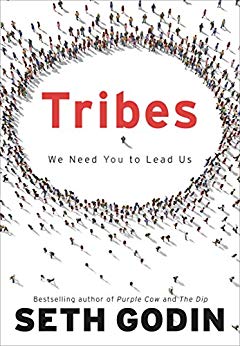 To be a leader you can't be afraid to question the norm, step outside of the box and face change head on. You have to sit up, stand up, and let your voice be heard even if no one around you supports you or believes in you at first. Unfortunately the education system along with society as a whole breeds a lot more sheep rather than it does leaders but if you let your voice be heard and believe in your story and mission, you will find your tribe and from there, great things can happen as you break into new territory and eventually help change the world.

Takeaway #2 You Cannot Be Everything To Everyone

You have to build your tribe of followers carefully. No longer does the marketing mantra of “reach as many people as possible” stand true if you want to create a brand that has meaning, though many companies still don't realise this and continue to pump out products and content for the masses. Most people are no longer content with off-the-shelf ideas, they want to get behind a powerful cause with a meaningful story that they can connect with and introduce to their like-minded friends.

Takeaway #3 Build It & They Will Come

Providing you have the will to lead and a meaningful cause to promote, you only need approximately 1,000 people in order to create a tribe that continues to flourish and move forward. To create a successful movement you must tap into something that people already yearn for, not something that you think they'll want in the future. As a leader your focus needs to be on creating a meaningful story that others want to follow and share, it cannot be about money.

Takeaway #4 Bigger Is Not Better

Most leaders fall into the trap of believing that the more people they have in their tribe, the better and stronger it will become but that's not necessarily true, particularly when just starting out. You need quality tribe members, people who will communicate with other members of the tribe and also introduce their like-minded friends to your cause. You can often strengthen a tribe by creating a feeling of insiders vs outsiders.

Communication has always been key but no longer can it be just between you and them i.e the shopkeeper and the shopper. In today's world, tribe members want to be able to interact with you as well as each other. Social media allows you the space to align your tribe with the common goal whilst still having some ground rules in place. 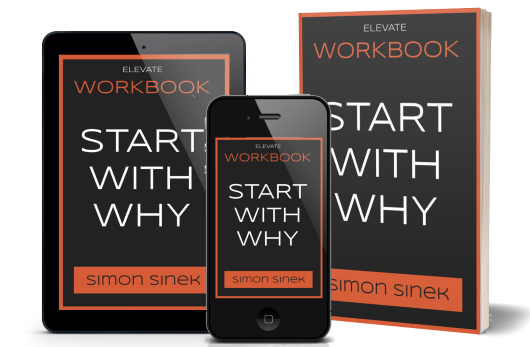 “You can no longer see or identify yourself solely as a member of a tribe, but as a citizen of a nation of one people working toward a common purpose.”

“A tribe is a group of people connected to one another, connected to a leader, and connected to an idea. For millions of years, human beings have been part of one tribe or another. A group needs only two things to be a tribe: a shared interest and a way to communicate.”

“One secret of life is that the reason life works at all is that not everyone in your tribe is nuts on the same day. Another secret is that laughter is carbonated holiness”

“It takes a tribe to raise a human.”

“When we live in alignment with who we are and how we want to live, we will attract and find like-minded individuals.”

“Go to the community and the locations that have set a sparkle in your psyche. That's how you find your Tribe”

“I may well be bringing fresh notions or concepts that will cause many people to think of me as a bit odd, but I’m okay with that, because maybe I’m just conscious and alive in a batty old world. That said, it doesn’t mean everyone will ‘get’ me, there are a million aromas and zings and zaps and tangs and wallops in the world. We all have a different piquancy. What I do mean, however, is that my tribe can find me.”

“Marilyn Monroe was a Carefree Scamp and she often felt like she didn’t belong, as if she’d somehow landed on the Wrong Planet. Clearly she wouldn’t phrase it that way, but throughout her life she was searching for members of her own tribe”

“The church… stands as a political alternative to every nation, witnessing to the kind of social life possible for those that have been formed by the story of Christ.”

“My journey to the land of the Shuar tribe had taught me the importance of practical gifts.”