The 12 Rules For Life is a candid, accessible, well-researched self-help instruction guide for anyone questioning how to best engineer the life they desire using a simple set of rules. Peterso’s multifaceted approach uses science, storytelling, psychology and philosophy to explain how each rule will benefit the reader and how to incorporate each rule into their everyday life. 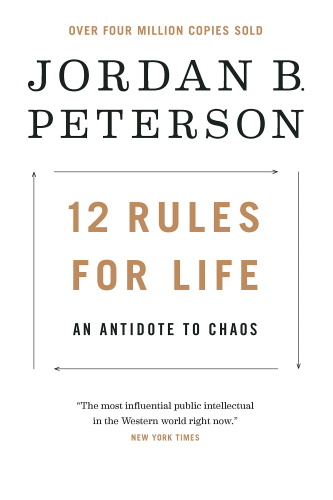 My key Takeaways from 12 Rules For Life by Jordan B. Peterson:

Takeaway #2: Never Compare Yourself To Others

Self-criticism is necessary because it motivates us to strive to be better and with our brains wired to see the present as lacking and the future as more promising it ensures we're always taking action and pushing forward. The problem with self-criticism comes when we start comparing ourselves to other people as we can quickly lose sight of our own progress only seeing the bigger black and white picture of success or failure rather than the small steps we've taken to getting where we want to be. Comparing yourself to others also leads to zeroing in one aspect such as how you did at work over the past year rather than looking at the wider picture of self-improvement and family life. Therefore, you should only judge yourself against your own prior accomplishments. If you start to think that you're always succeeding it's a sign that you need to take bigger risks and push yourself more.

Have you heard the story of the monkey who got his hand caught because he wouldn't let go of the food in his hand? The moral of this story is that there is a price to be paid for greed and a reminder that we often pursue pleasure even when we know it is not in our best interest. It's easy to justify an immediate pleasure (if it makes me happy it's got to be right) rather than a sacrifice (if I give up fast food I'll become slimmer) when you're not living a happy fulfilling life but you should know that sacrifice brings better things in the future and indeed, the bigger the sacrifice, the greater the reward can be.

Takeaway #4: Conversations Are Not A Competition

Socrates had such openness to learning that he died believing that the only thing he was certain of was that he knew nothing. We should learn a thing from one of the world's greatest philosopher's by using genuine conversation as a way to think and learn but unfortunately, most conversations don't happen like this because one or both people refuse to listen, treating the conversation as a competition that they need to win. To be more like Socrates you should always presume that the other person has something to say that you need to hear, so remain objective, stop thinking of what you're going to say next to get your point across and instead, listen then summarize what the person just said to make sure you understand it.

Best Quotes from 12 Rules For Life

"When you have something to say, silence is a lie... so, attend carefully to your posture. Quit drooping and hunching around. Speak your mind. Put your desires forward, as if you had a right to them—at least the same right as others. Walk tall and gaze forthrightly ahead. Dare to be dangerous."

"You can only find out what you actually believe (rather than what you think you believe) by watching how you act. You simply don’t know what you believe, before that. You are too complex to understand yourself."

"It took untold generations to get you where you are. A little gratitude might be in order. If you're going to insist on bending the world to your way, you better have your reasons."

"Compare yourself to who you were yesterday, not to who someone else is today."

"If your life is not what it could be, try telling the truth... Nietzsche said that a man’s worth was determined by how much truth he could tolerate"

― Jordan B. Peterson, 12 Rules for Life: An Antidote to Chaos